When a boy called Angel prayed

In the light of recent events in the US my thoughts have turned to my sabbatical study on 'Slavery, Civil Rights and Black Christians in the southern United States:' 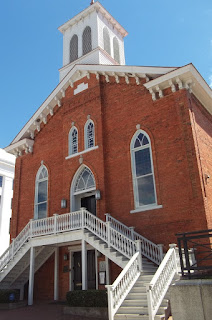 In Montgomery, Alabama, we visited Dexter Avenue Baptist Church (left) close to the state capitol, where the young Martin Luther King Jnr (1929-1968) was the minister (1954-1959), his only pastorate.

Our guide was an African American woman, who spoke with great vigour and passion, and then, at the end of the tour, had us all join hands and sing 'we shall overcome... deep in my heart I do believe, we shall overcome, someday. ' It was a moment I shall long remember.


Then our guide asked if someone would like to pray and a father in the party nominated his teenage son, a white boy called Angel, who led us in a deeply affecting prayer.

Nearby was the Civil Rights Memorial Center, commemorating more than 40 people who lost their lives during the civil rights struggle. Inside there were brief biographies of all those who had died.

Outside was the memorial, based on the words of the prophet Amos quoted by Martin Luther King: 'until justice rolls down like waters, and righteousness like a mighty stream.' 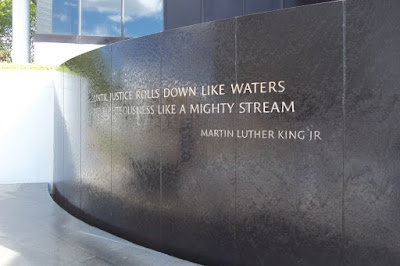