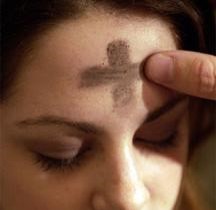 Today is Ash Wednesday, the beginning of Lent, and we gathered at lunchtime at St Mary Magdalen for our traditional service of Holy Communion for St Mary's, St James, and St Anne's churches, the three churches which together make up the Bermondsey Group Ministry.

A good congregation from all three churches gathered together to hear the Lent readings, to pray, to sing, to take Holy Communion and to receive the sign of the cross in ash on our foreheads, as the words 'turn from your sins and believe the good news' were said to each of us. 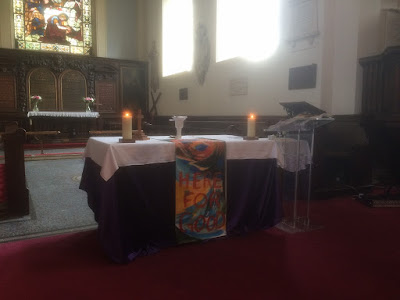 As begin our journey through Lent to the great celebration of our faith at Easter, the words of one of the hymns seemed particularly appropriate:


Saviour, breathe forgiveness o'er us,
All our weaknesses Thou dost know,
Thou didst tread this earth before us,
Thou didst feel its keenest woe,
Tempted, taunted, yet undaunted,
Through the desert Thou didst go.
Posted by Gary Jenkins at 14:48 No comments:


Just before school broke up for half term, we heard that Angel from year 5, had died after a long illness.

Teachers broke the news to the children on that day and led their classes in a prayer of thanksgiving for Angel's life, and today all the classes from years 3 to 6 came to church first thing this morning for a service to remember Angel.

We thanked God for Angel's life and all that she brought to our school. We prayed for her family. We sang 'Kum ba yah' (come by here, Lord) and listened to a version of the Lord's My Shepherd.

We heard from Mark's Gospel how Jesus said 'let the children come to me and do not try to stop them.' Although, we were sad that Angel was no longer with us, we realised we could be confident that she was safe with Jesus forever - and that was a good note to end on as we returned to school and the coming half term.
Posted by Gary Jenkins at 17:33 No comments: 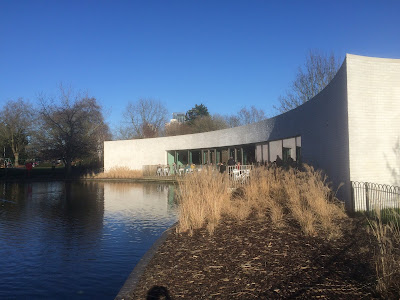 An elegant new addition to Southwark Park, the cafe by the lake, is now open to the public: 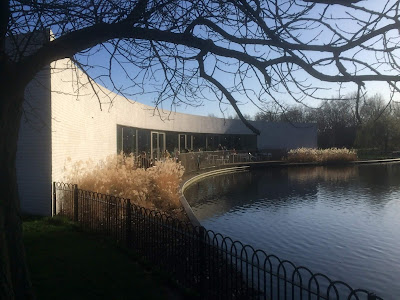 You can see more about the new building here

Posted by Gary Jenkins at 20:24 No comments:

The latest edition of the Bermondsey and Rotherhithe Community Magazine has a full page article about the Joyslide project.

See the article below or to view the whole magazine in its online edition, click here 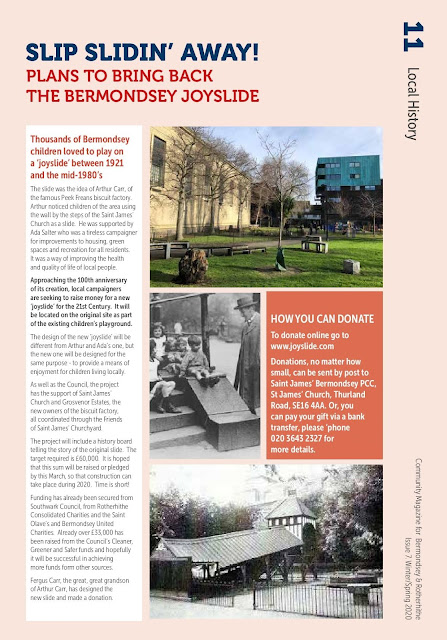 Posted by Gary Jenkins at 20:19 No comments: 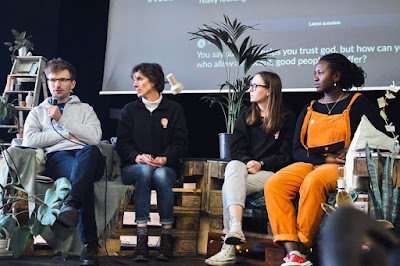 Jacob was leading the lunchtime events which included a free lunch, talk on subjects such as 'Imagine if pain wasn't pointless,' Imagine a world with no climate crisis,' and 'Imagine a government without all the politics', followed by a question and answer session. 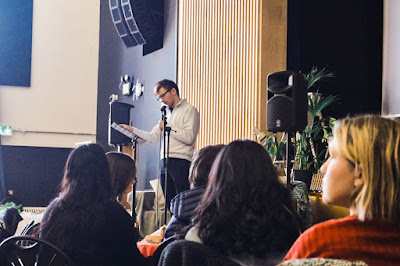 Evening events followed every day, with more food, with live performances by Christian students, an interview, and a talk about following Jesus, with follow up events organised for those who expressed an interest in finding out more about the Christian faith.

Lots of people came to the events. the Christian students worked well together, many prayers were answered, and the news from Leeds is that there was a really good turnout at the first follow up event which took place this week.

We're looking forward to hearing more about it all from Jacob this Sunday. 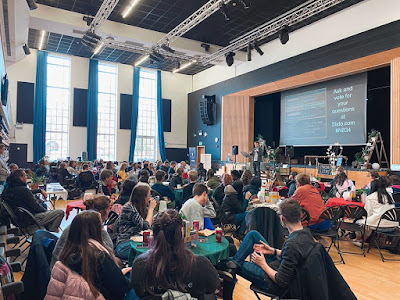 Posted by Gary Jenkins at 13:43 No comments: 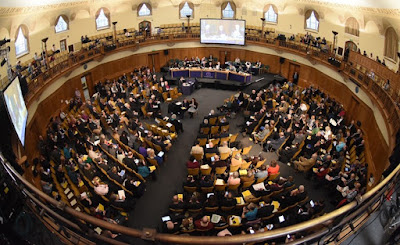 The General Synod of the Church of England, comprising bishops, clergy and laity from across the country, is meeting in Westminster this week from Monday to Thursday.

There is a full and varied agenda which includes debates on the relationship of the Channel Islands to the rest of the Church of England, clergy well-being, the governance of cathedrals, human sexuality, the Windrush legacy, safeguarding, the climate emergency, paupers' funerals, children and youth ministry, diocesan boards of education, synod elections, legal aid reform, and the church's effectiveness at communicating with those who live in disavantaged communities.

All this is interspersed with times of prayer and worship, and a refreshing cuppa in the synodical tea room .

Synod meets next in July in York and that is the end of its five year term (or quinquenium). Elections will follow and a new synod will be opened by the Queen in November.
Posted by Gary Jenkins at 21:00 No comments: 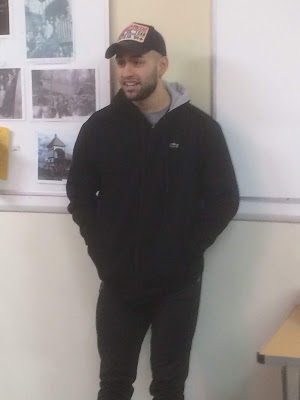 Fernando (left) was the speaker at our Men's Breakfast today at St James.

I first met Fernando when he was working for the London City Mission in Bermondsey.

Currently he is a student pastor at Holy Trinity, Brompton, whilst training for the ordained ministry of the Church of England - as part of which he is currently doing a placement at St James. In the summer, God willing, he will be ordained at St Paul's Cathedral.

Today Fernando told us his story.  When he was born his mother was in prison for drugs offences. As a teenager he got into drugs himself, and drug dealing himelf, and spent some time in prison.

It was the man who came up to him and said 'Fernando, God loves you and has a plan for your life' that set him on a journey that involved rehab, some relapses along the way, and a growing understanding of who Jesus was and what he had done for him, that changed his life.

Fernando knows what it is to be a criminal in the dock facing a judge. Every criminal hopes the judge will be lenient but the judge has to be just, said Fernando. He discovered that Jesus is the judge who stands in the place of criminals (all of us) and bears our punishment, giving us new life.

That's why Fernando wants to give his life telling others about the amazing love of Jesus that transformed his life and can transform any life.
Posted by Gary Jenkins at 10:44 No comments: 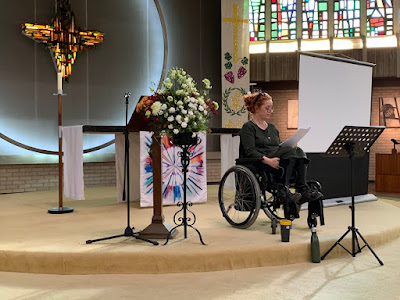 Each year the clergy of the Woolwich Episcopal Area (our third of the diocese) gather for a study day.

This year's event at St Lawrence, Catford had a special focus on disability and including every one, of all abilities, in the life of the church.

We heard from a number of excellent speakers, including a number who were themselves living with disabilities, had a good chance to catch on with old friends, enjoyed a delicious meal, and had the opportunity to greet Bishop Karowei, at present recovering from illness.

It was a good day with much food for thought. 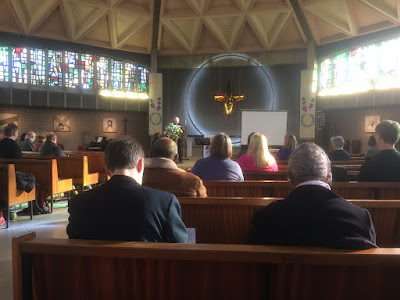 Posted by Gary Jenkins at 11:49 No comments:

So we've done it. We have brexited. 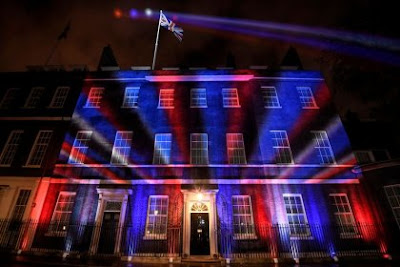 BermondseyVicar is a non-political blog so I haven't commented on the referendum and the months of debate and controversy that have followed it or the ones that preceded it.

In Bermondsey itself there are remainers and Brexitteers and the borough as a whole, like the whole of London, has been firmly on the remain side.

A class analysis of voting across London and Bermondsey would be interesting, because there is a lot of evidence that working class people are particularly well-represented nationally amongst  Brexiteers. Here's the bit that really troubles me: they have been particularly singled out to be insulted, mocked, and patronised for their decision.

It has been suggested that there were either mislead, misguided, or simply too thick to come up with the 'right' answer.

That's what I find offensive:  the denigration of millions of working class people who have as much right to express their views as anyone else. Back here in Bermondsey, when I went to cast my vote in 2016 there was a family in front of me: mum, dad, and two teenage kids. They looked like a typical Bermondsey family.

Of course, I have no way of knowing how any of them voted, but what struck me was their quiet dignity and their determination to have their say. They knew they had as much right to vote as anyone else. And they knew that their vote counted as much as anyone else's.

The Government had asked them their views and they were giving them.

There's one thing that Christians should love about referenda;  every single person, made in the image of God, counts, and everyone gets exactly one vote. I love that biblical equality.

Posted by Gary Jenkins at 08:48 No comments: