The intriguing story of St James's Boer War Memorial on the anniversary of the ending of the Boer War:


Here is a picture of the unveilling of the restored memorial by the Mayor of Southwark in February 2014: 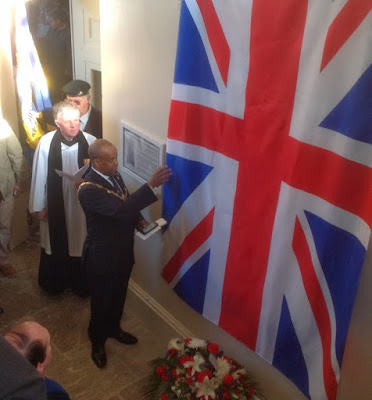 And here is the interpretation panel for the memorial (click on the image to enlarge): 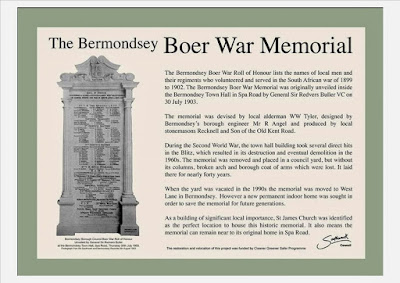