According to Councillor Anood, it had taken longer than the Boer War itself, but the Bermondsey Boer War Memorial has finally moved to its new home in St James's  Church and today it was officially unveilled by the Mayor of Southwark (wearing the chain of office of the old Metropolitan Borough of Bermondsey) at a service of dedication attended by councillors, Simon Hughes MP, the Pearly King & Queen, military representatives and local historians. 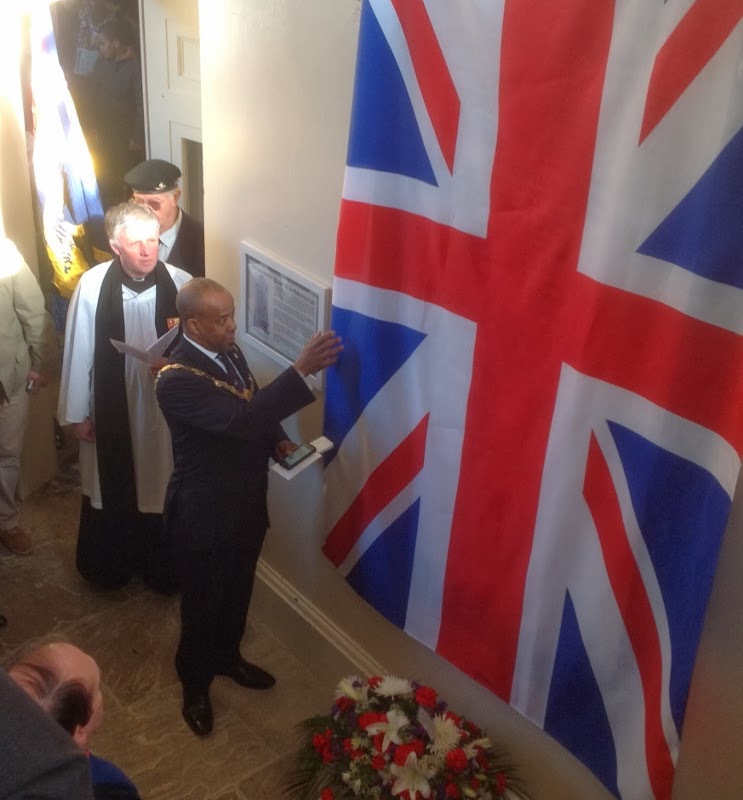 The Mayor laid a weath of poppies inscribed 'from the people of Bermondsey' at the foot of the memorial.

Originally unveilled in Bermondsey Town Hall in July 1903, the memorial spent some time in the open air (where it deterioriated quite badly), before being placed in a council store for several years, before the project finally got off the ground to have it properly restored and relocated in St James's Church.

Interestingly, it is not a memorial to those who died in the war, but to those who served. Happily, we understand that all but three of them returned home afterwards.

In my address I read out some of the names.

They were made in God's image and loved by him. It is good that they are remembered more than a hundred years after they first heeded the call to serve king and country on the other side of the world.

I mentioned the riverside sculpture (sadly stolen, soon to be replaced) of Dr Salter's Daydream, and how the good doctor and his wife had dreamed of a better Bermondsey and had worked for it. Then, from Revelation 21, I spoke of how the Bible ends with a dream or vision of a whole new, better, world that God will bring into being.

It is not pie in the sky, but God's solid plan for the future.

I spoke, too, of the old BBC2 programme Playschool , where each day viewers would look through the round window or the square window etc. We were going to look through the Revelation window to see God's future of a new heaven and earth, I said, where there would be no more war, or death or mourning or pain, and where God would wipe away every tear from our eye.

On a day when we look back with thanksgiving for the past, it is good, too, to look forward with expectation and hope, to the world to come.

(Thanks to Pat for photo top, and to Gary Magold for those below). Click on them to enlarge. 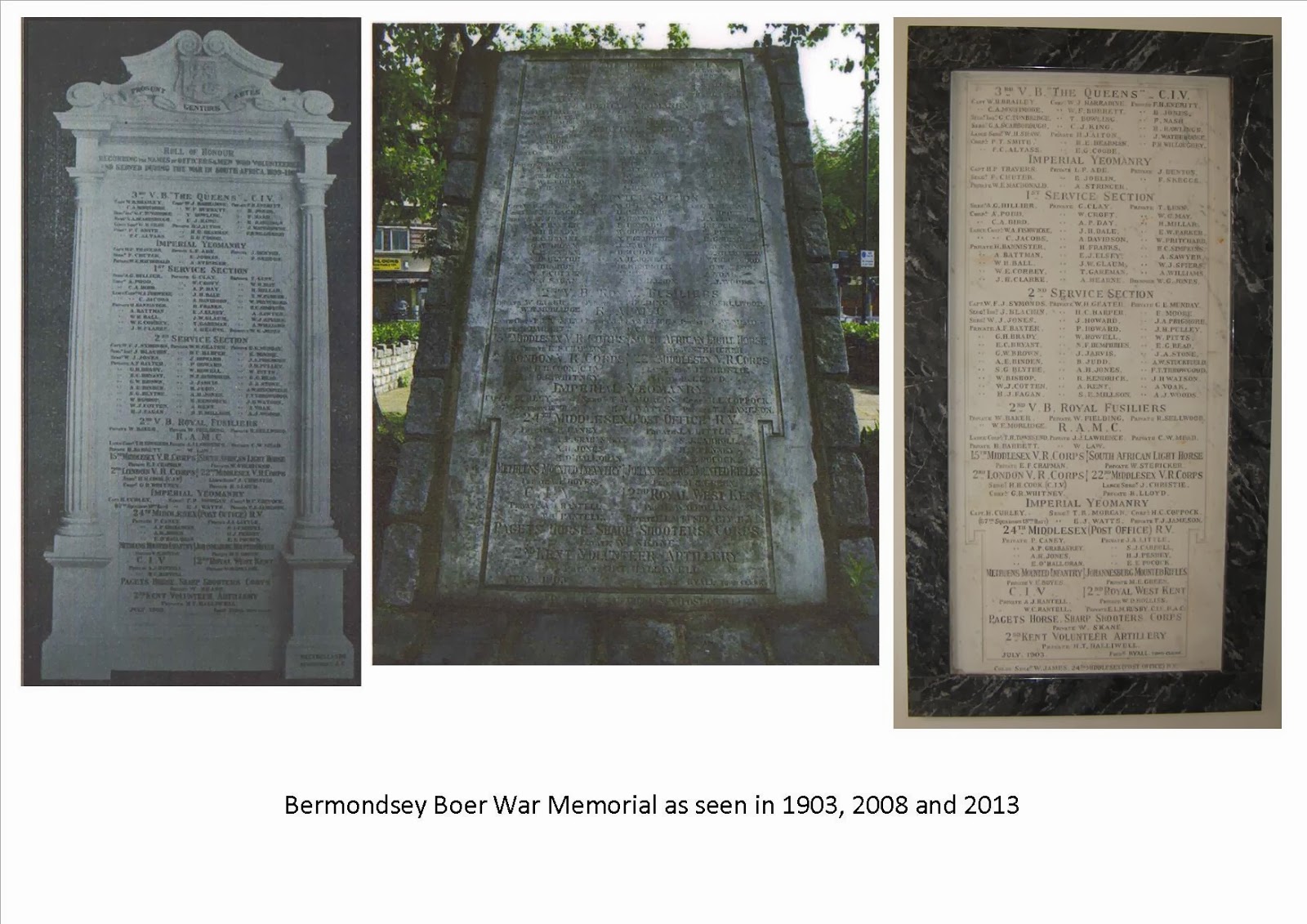 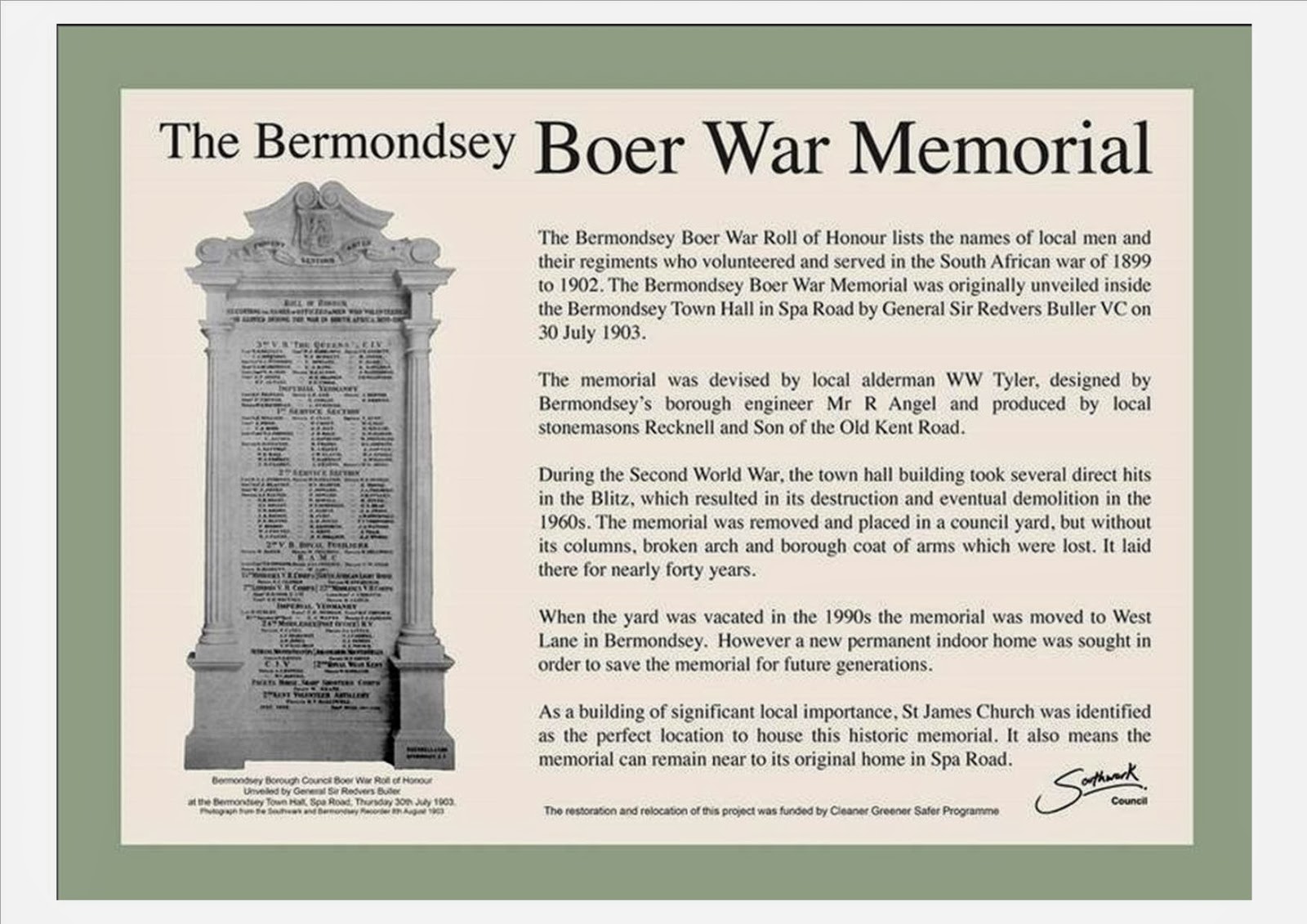 The Interpretation Panel which accompanies the memorial